The research group of Stan van de Graaf is interested in the role of bile acid transport proteins in energy metabolism and inflammation and in novel treatment options for rare genetic diseases. We use a variety of techniques, including (live cell) confocal microscopy, biochemical characterization of transporter trafficking, cellular transport assays and high throughput screens with inhibitors/shRNA pools in combination with in vivo studies using transgenic mice or disease-mimicking patient-derived cells.

For decades bile acids were believed to fulfil a rather passive role in metabolism as powerful detergents. This property, although detrimental when bile acids accumulate inside hepatocytes, is essential for the solubilization and absorption of dietary lipids and fat-soluble vitamins. Since the discovery of specialized bile acid-sensing proteins, such as such as the farnesoid X receptor (FXR) and the G protein-coupled bile acid receptor (TGR5, also GPBAR1 or M-BAR), it has become clear that bile acids also have beneficial signaling effects which could be exploited to improve human health. We are only starting to understand the role of bile acids (and its dynamics) in energy homeostasis and already stimulating bile acid signaling has been suggested to ameliorate multiple common obesity-associated diseases, such as type II diabetes and atherosclerosis. Bile acid dynamics is governed by a fascinating interplay between hepatic and intestinal transport processes, called the enterohepatic circulation of bile salts.

We aim to elucidate the contribution of bile acid dynamics to energy homeostasis and metabolism.  To this end we generate novel strategies to modulate hepatic and intestinal bile acid handling to stimulate bile-acid signalling and increase energy expenditure, improve glucose handling and reduce atherosclerosis. We focus on the bile acid transporters NTCP, OATPs, ASBT and OSTab and combine cellular, biochemical and physiological analyses. 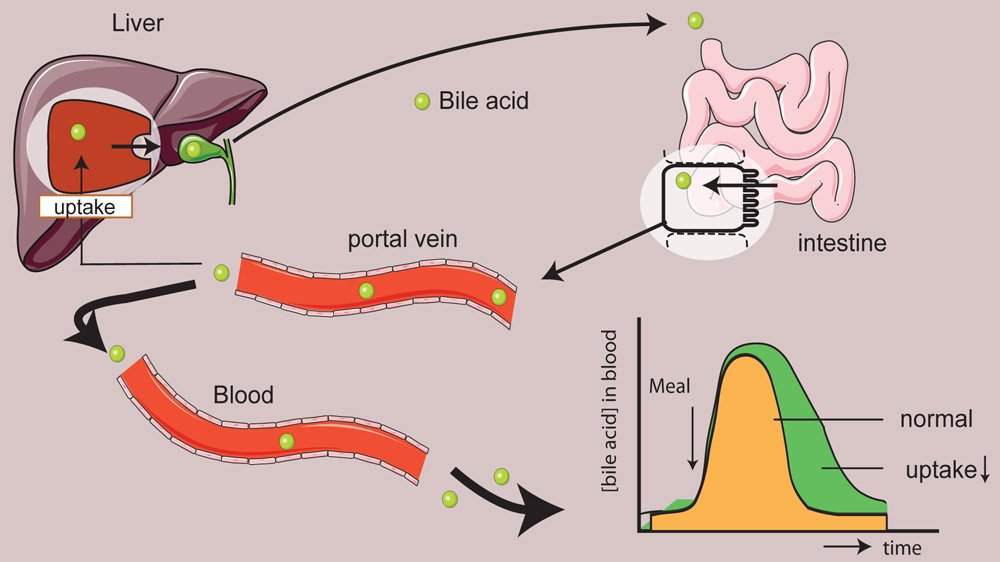 Impaired hepatic bile salt secretion results in cholestasis (impaired bile flow) and constitutes a major cause of liver failure, since accumulated BSs are cytotoxic. We aim to open new areas of diagnosis, research and future treatment of familial intrahepatic cholestasis and focus on mutations in ATP8B1. We exploit strategies that are potentially beneficial for multiple diseases to eventually come up with novel treatment modalities. 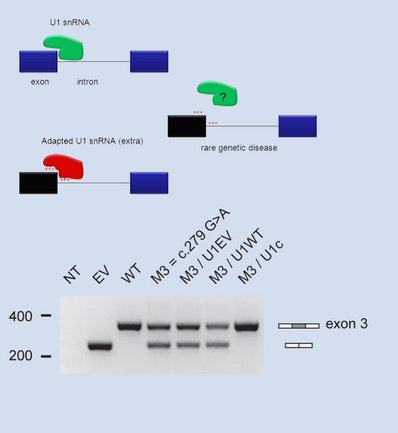 One example for a potential future therapy for rare splicing disorders:

U1 snRNA: pre-mRNA association is an early step in the recruitment of the splicing machinery. Mutations in exon-intron boundaries impair U1 snRNA binding. Expression of modified U1 snRNA restores splicing. As the modified U1 snRNA can be expressed at relative low levels compare to the totale cellular U1 snRNA, splicing of other pre mRNAs is not impaired. This strategy could be helpful in multiple genetic diseases and our lab aims to contribute in assessing the efficacy and safety of this strategy in vivo.

Together with Dr. Ulrich Beuers we aim to elucidate the etiology of IgG4 Related Disease